Summer May Have Ended, but it’s Time to Head to the Pool(ed Testing)

With the end of summer came the return of fall favorites – turning leaves, cooler weather, pumpkin spice, and much more – but something else came along with the fall that is most certainly nobody’s favorite: flu season. This year, the U.S. flu season is particularly worrisome as we battle the COVID-19 pandemic.

A recent article in Scientific American dubbed the combination of influenza and COVID-19, “a looming double threat.” Yet, the impact of flu season and COVID-19 together still remains unknown. On the one hand, it could mark a perilous time of increased infections, often hard to differentiate from one another. On the other, the behavior changes that have been widely adopted during the pandemic, such as social distancing, hand washing, and mask wearing, could lessen the typical seasonal impact of the flu1.  That said, the concept of quarantine fatigue, as we all know, is quite real. Says Jeffrey Shaman, PhD, epidemiologist at Columbia University of the fall season, “We might get complacent; we might not be prepared.” A preventative measure healthcare professionals are urging people to take is to get their flu shot. Robert Redfield, MD, director of the Centers for Disease Control & Prevention, has stated that getting the flu shot this year in particular could “help our nation avert a very difficult fall”.2

But what can be done on a systemic, rather than individual level, to help manage the potential onslaught of infection and likelihood of increased testing this fall? In the laboratory industry, one answer could be pooled testing. Executing pooled testing is one way for laboratories to quickly identify, and subsequently work to manage through, a fall/winter surge.

1  Coronavirus and the Flu: A Looming Double Threat, Scientific American, September 6, 2020 2  Pharmacies are bracing for a surge in demand for flu shots amid the Covid-19 pandemic, STAT, September 25, 2020 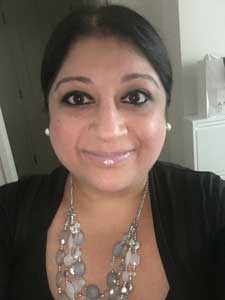 Having worked exclusively in health technology organizations for more than fifteen years, Kiran is passionate about innovations in patient care.

The Power of Pooled Testing Pooled testing is when multiple patient samples are batched together and tested as one larger sample. If the test result of the pooled sample is negative, everyone in the pool is negative. If the result of the pool is positive, members of the pool must be individually retested. At a time when demand for testing is high, and time to result is of the essence, pooled testing is a great way to use the time, money, resources, and effort it would take to do one test to test the masses. Labs have been struggling to keep up with volume, as well as deliver results fast enough for effective contact tracing – with pooled testing, more people can be tested faster and with fewer resources, including human capital and reagents, that cost money and can hold up testing. “Pooling would give us the capacity to go from a half-a-million tests per day to potentially 5 million individuals tested per day,” said Dr. Deborah Birx, White House coronavirus response coordinator. Even when pools come back positive, testing the individuals in that pool is far smaller and faster an undertaking than testing everyone in a given population.

Overall, the lab has conducted 20 analyses, rather than the 100 needed to test everyone individually.

Swimming Conditions Over the summer, the FDA publicly encouraged and provided support for the use of pooled testing for COVID-19 screening.4  More specifically, they authorized pooled testing assays from Quest Diagnostics and LabCorp.5  More sampling authorizations are expected to follow. While combining samples can cause dilution that reduces test sensitivity, resulting in a greater likelihood of false negatives, the benefits of screening large groups of people – such as a company screening its employees, or a school screening its students – far outweigh the chance of a false negative, particularly if the pooled workflow is properly validated. It should be made clear that pooled testing would not make sense in hot spots, such as a nursing home experiencing an outbreak. For those areas where pooled testing makes sense, what is the status of reimbursement?

Murky Waters Around Reimbursement Right now, the water is murky, as stakeholders try to figure out how labs should get paid. At present, pooled testing is assigned the same CPT code as a standard individual patient test, making reimbursement unclear. There is further concern from payors about what type of added audits or process documentation they may need to implement to properly reimburse. But despite this uncertainty, many colleges, employers, and sports teams are moving forward, with many using private funding or their own resources (such as universities with medical centers) to cover or offset pooled testing costs. 6,7,8     Amazon has said it will spend $1 billion on COVID-19 testing this year. 9

For more information on the features and benefits of using the Sunquest Physician Portal for pooled testing, download our product focus here.

Having worked exclusively in health technology organizations for more than fifteen years, Kiran is passionate about innovations in patient care.