It may take a few years for hospitals to see a financial payoff after a merger, a recent study suggests.

But it is possible for hospital and clinical laboratory leaders, with the right technology platform that supports multi-lab environments, to provide value to a healthcare system early on, according to Sunquest.

During the two years after a merger, acquired hospitals experience a decline in operating margins, revenue, and expenses, states a report released last fall by Deloitte and the Healthcare Financial Management Association (HFMA). “We found in the results that revenue per adjusted admission actually went down in the period after the transaction,” said Chad Mulvany, HFMA’s Director of Healthcare Finance Policy, Strategy and Development, in a news release.

Healthcare mergers, acquisitions, and consolidations have “been on a tear” over the past few years, according to the publication, Healthcare Finance, which has compiled an online list of deals that have already occurred in 2018.

HFMA and Deloitte analyzed 750 hospital merger and acquisition deals between 2008 and 2014. They noted that the financial downturn after mergers usually levels off in organizations after two years.

The immediate financial hit for providers that consolidated is partly associated, researchers said, with investments in capital projects including health IT improvements (cited by 37% of executives in follow-up phone and online surveys).

Meanwhile, healthcare executives who led more successful mergers pointed to their key criteria: developing a strategic rationale for merging and testing value drivers for the transaction, according to Fierce Healthcare’s article on the report. 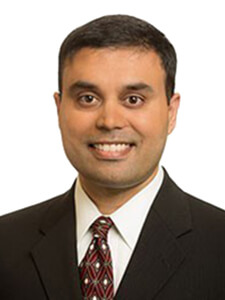 Manish brings more than 20 years of experience in technology leadership, management, innovation, and the delivery of mission-critical, enterprise-class products and platforms.

How can medical labs prepare for mergers?

Hospital and lab leaders need to have a merger strategy at the ready. This strategy must include a plan to cost effectively coordinate medical diagnostics via a multi-lab network without dire effects on the capital budget or healthcare delivery.

Meanwhile, healthcare system executives often seek to consolidate IT suppliers. They may believe that one or a few vendors can serve all requirements across the enterprise. If medical lab leaders are not at the table voicing a strategy for the value clinical data brings to the system, the result for some labs may be ripping and replacing specialized technology such as the best-of-breed laboratory information system (LIS).

Replacing IT across the enterprise is an expensive and disruptive endeavor that can take three to seven years before coming to fruition. In a 2018 report published by HealthCatalyst, although many health systems opt to rip and replace their technology in an effort to integrate data, this method is an “incredibly expensive, complex and low-value option.” The report further explains that “the rip and replace process takes three to four years to complete, which translates to 74% over schedule, 59% over budget and 56% less value than predicted.” This further exposes the health system to added risk and sinking margins.

How can medical labs provide value to a healthcare system sooner? What do they need to do from a technology perspective?

“I think a lot of general processing is going to take place out of enterprise solutions,” said Bruce Friedman, MD, Acting Emeritus Professor of Pathology at the University of Michigan Medical School and President of Pathology Education Consortium, during a recent webinar hosted by HealthLeaders. “That leaves things wide open for vendors in the lab world to prove their solutions that will allow labs to add value.”

As mergers and acquisitions continue and healthcare systems grow, Sunquest Multi-Lab Networking, with its powerful platform (whether connected to the Sunquest Laboratory™ enterprise laboratory information solution or another LIS supplier) is effective without ripping and replacing legacy systems. This empowers health systems and networked labs to promptly unearth new business opportunities, save money and offer quality diagnostics.

The medical laboratory leaders first came together to assess: What can do we do together? How will a relationship look?

Rather than require all three hospitals convert to the same LIS version (or LIS vendor), Trivergent used Sunquest Multi-Lab Networking to route and direct tests to the appropriate hospital via Data Innovations’ Instrument Manager™ solution instead of integration with the LIS.

The solution provides a joint test catalog and powerful rules to route tests properly based on payer or other criteria (such as instrument location), helping ensure a higher level of efficiency and healthcare delivery and reducing duplicate testing and leakage outside the Trivergent network. It should be noted that Sunquest Multi-Lab Networking also can integrate directly with the LIS (rather than Data Innovations), depending on an organization’s requirements and workflow needs.

Manish brings more than 20 years of experience in technology leadership, management, innovation, and the delivery of mission-critical, enterprise-class products and platforms.